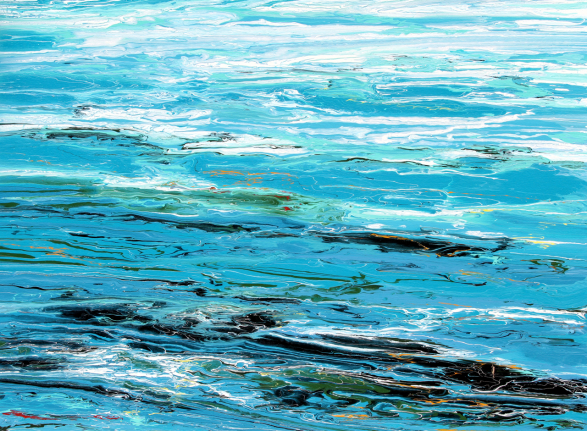 Peter Stolvoort taps his spirit’s core to lend his works deep emotion and the memories of his time on the sea. The transatlantic crossing of his childhood immigration began the inspiration for his Flow series. He continues to capture the changing light and currents of water in his travels, and close to home.

These powerful works begin with a concept layout established in a hidden under-painting. All of his colors are planned and premixed to establish a cohesive palette. Then copious amounts of fluid acrylics are directly poured or applied with a custom-cut brush to create currents of color. The layers are later accented with brush-flung strands, added materials, pallet knife grooves and simple manipulation of the canvas. The energy and dramatic movement of this process remains embodied in these strong compositions that flow endlessly over the edges of the canvas.

Private in-home showings can be arranged.

Check out the schedule for
my lastest Exhibition